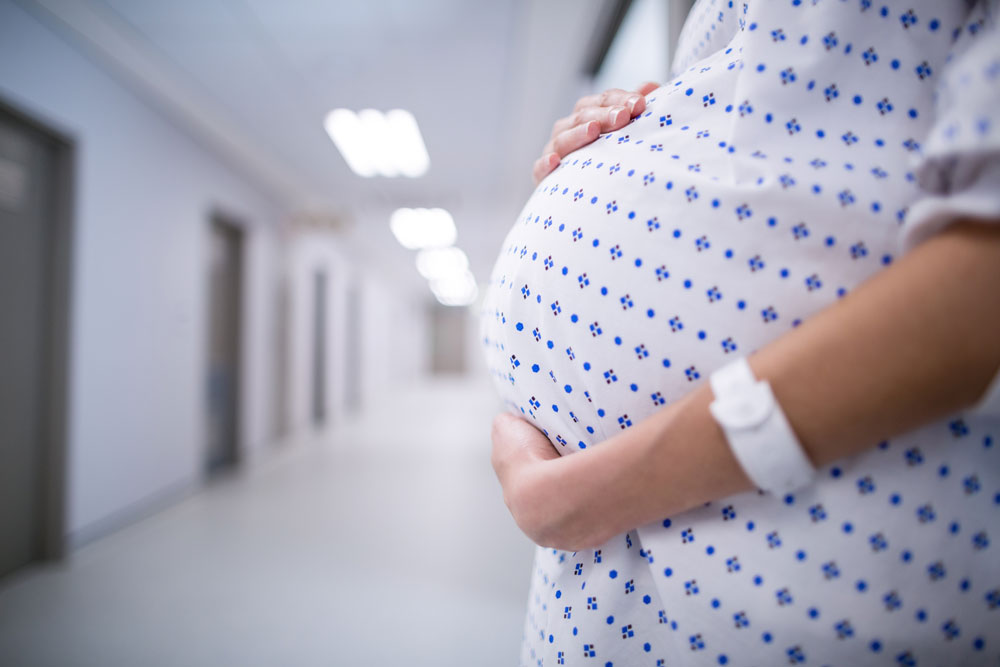 Usage rates among moms-to-be have spiked in the past decade, with a disparate boost among pregnant women who live in rural counties.

Amphetamine and opioid use in pregnancy increased substantially over the last decade in the United States, a new Michigan Medicine-led study finds. And a disproportionate rise occurred in rural counties.

For pregnant women with amphetamine use, the risk of severe maternal morbidity and mortality was 1.6 times the rate identified among moms with opioid use. The incidence of preterm delivery, pre-eclampsia or eclampsia, heart failure or heart attack, and need for a blood transfusion were also higher among deliveries to moms with amphetamine use compared to opioid use.

"We know from our previous research on maternal health disparities that there are disproportionately higher rates of substance affected births in rural communities," says lead author Lindsay Admon, M.D., M.Sc., an obstetrician-gynecologist at University of Michigan Von Voigtlander Women's Hospital and a graduate of the National Clinician Scholar's Program at U-M's Institute for Healthcare Policy and Innovation.

"When we looked at the specific types of substances driving this disparity, we were surprised to find that amphetamine use accounted for such a significant portion," Admon adds, noting that few, if any, studies have examined the incidence of amphetamine use in pregnancy in the last decade.

"Our findings suggest both amphetamine and opioid use are growing public health crises that affect delivery and birth outcomes."

Higher proportions of patients in both substance use groups were non-Hispanic white, from lower-income communities, and had public insurance compared to other hospital deliveries.

Determining treatment specifically for prenatal amphetamine use is also a challenge.

While there's gold standard medical treatment for maternal opioid use, Admon says, the evidence for amphetamine use disorder treatment among pregnant women is limited. Cessation is associated with improved birth outcomes, but obstetricians could use more guidance on how to promote cessation among their patients.

Federal efforts to curb access to precursor drugs used to make meth in the mid-2000s helped reduce amphetamine use overall, Admon notes. But as new methods were used to make the drug, meth use has again spiked.

Rural areas have the double whammy of greater access to amphetamines but less access to addiction treatment services. Further complicating the matter are laws that criminalize substance use during pregnancy that may discourage women from disclosing the concern to their health provider.

Neonatal intensive care units in rural counties may also not have adequate capacity to care for babies born with neonatal abstinence syndrome, which describe health problems a baby experiences when withdrawing from exposure to narcotics.

"We have seen a significant increase in infants born with symptoms of drug withdrawal," says Winkelman, of Hennepin Healthcare in Minneapolis and graduate of the National Clinician Scholar's Program at U-M's IHPI.

"We need to devote more resources to prevent and treat substance use in pregnancy, especially in low-income and rural communities."

Neonatal abstinence syndrome accounted for $3 billion in hospital costs between 2004 and 2014, according to another study led by Winkelman and colleagues.

Prior work by Admon and colleagues also examined racial and ethnic disparities in the incidence of behavioral health conditions, including substance use disorders. Substance use were less common among African-American and Hispanic women, but, when present, were associated with a higher risk for adverse birth outcomes compared to non-Hispanic white women.

"It is critical that health providers employ universal screening for substance use early in pregnancy," Admon says. "Optimizing access to prenatal care is a crucial mechanism to connect women with the services they need for their health and their baby's health."

"We need to find better ways to prevent, detect, and treat maternal amphetamine and opioid use. Developing treatment programs that can reach women in the geographic areas most affected by these epidemics is key to improving outcomes for mothers and newborns."